Posted at 19:37h in Hilton Head Dining by Tech Support

Are you looking for the best restaurants on the south end of Hilton Head Island? Right outside the Sea Pines gate is a whole selection of some of the best spots to eat on all of Hilton Head…you could say it’s almost our very own restaurant row.

The Best Restaurants Near The Sea Pines Circle

We may be a little partial, but here at SERG we have the best places to eat on Hilton Head and a few of them are right here around the Sea Pines Circle. Let’s highlight some dining choices if you want to stay on the South End.

Did you ever hear of Restaurant Row in New York City?  It’s a short block nestled on the periphery of Times Square; it has a long culinary history which is still in full swing. Situated on West 46th Street between 8th and 9th Avenues, Restaurant Row has been serving up the flavors of the world for generations.

The designation of “Restaurant Row” was finally made in 1973. Then two-term mayor John Lindsay remarked at the dedication, “Where else in the world except possibly Paris could you get sixteen of the best restaurants collected on such a short strip of land?”

Although some of the restaurants on the block have changed since the dedication, Restaurant Row still has the same unique and vibrant character it did at its dedication.

Located conveniently in midtown, it’s an ideal destination for those seeking great food. Whether you‘re looking for Italian flavors, French classics, Japanese tastes or treats from New Orleans, Restaurant Row will have something for you.

Talking about Restaurant Row got us thinking at SERG. We have our own Restaurant Row right here at the Sea Pines Circle. Not quite sixteen restaurants (but we’re not as big as NYC, thank goodness) but five distinctive and sparkling eateries within very close proximity. 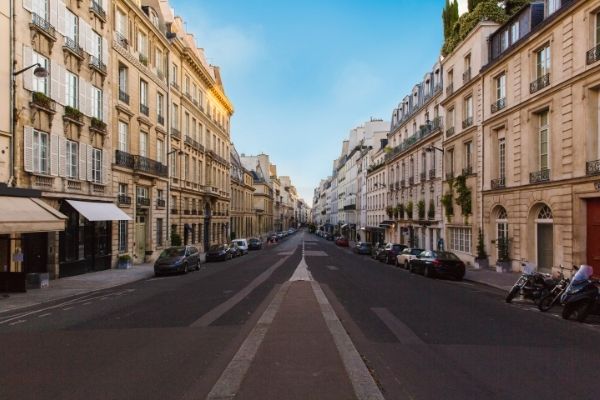 We could go on and on but we’re sure you get the gist. Maybe, just maybe, we should have a dedication. And did you know that Mayor John Lindsay moved to Hilton Head in the late 90’s. Sadly, he ended his days right here in Hilton Head in 2000, but we like to think that we can carry on the tradition of Restaurant Row, Hilton Head Style.

Going out for a good meal is always a highlight. It lets you unwind from the stresses of the day and enjoy great food with friendly company. At a SERG restaurant we will always go out of our way to make you feel welcome and will make every effort to cater to your culinary wishes.

When you visit one of our Restaurant Row restaurants you can always be sure of a few things.

No Dishes for You!

Everybody hates doing the dishes, but they are a sad fact of life for anybody that cooks at home. Trying to wash off all the grime from cookware, plates, and utensils is a tedious task at best, so why not avoid it and simply dine out at one of our restaurants? A SERG restaurant handles every aspect of the experience for you, so you can enjoy a great meal without having to worry about the lingering thought of all those dishes.

We have a team of diligent and hardworking staff members who are committed to doing everything they can to ensure that you enjoy your meal.

So many people these days simply make a quick meal and eat it while watching TV, scrolling through social media, or texting on the phone. When you eat at a SERG restaurant you not only get to soak in the ambiance, but you also get to connect with the people at your table.

We go to great lengths to set the appropriate mood so that your dining experience is as enjoyable and comfortable as possible. Plus, you simply can’t put a price on precious moments shared with friends and loved ones. 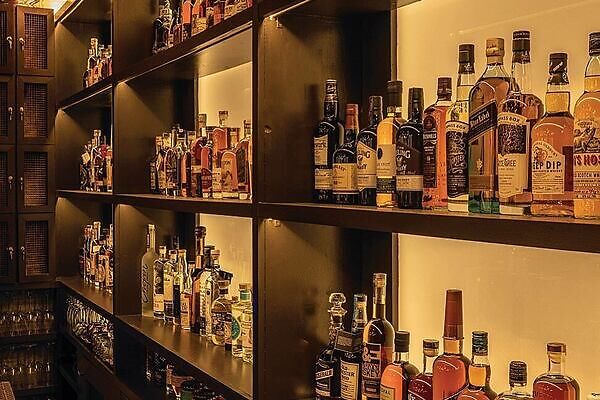 It’s all too easy to fall into the same routines when you’re cooking at home. Many find themselves serving the same few dishes over and over again, without ever trying anything that’s a bit outside of the box. After all, it’s hard enough to secure all the ingredients and prepare something, let alone trying to search the internet or cookbooks or magazines to look for new recipes.

At a SERG restaurant you have so many more options available to you, including many that you’ve never tried before. This is great for anyone who is even in the least bit adventurous. After all, you never know when you might discover a new favorite dish.

At SERG we pride ourselves on the quality of the food we serve our visitors. Our chefs will have spent weeks, months, and even years refining and perfecting their recipes to ensure they reach the standards of the most discriminating diner.

So lets experience a world of culinary delights on our own Restaurant Row at the Southern End of Hilton Head Island.

Historical fun fact – The Library of Congress credits Louis Lassan (owner of Louie’s Lunch in New Haven, Connecticut) for creating the first hamburger in 1900, but doubt remains; Louie’s beef patty was served between two slices of toast rather than the bun that the true burger demands. 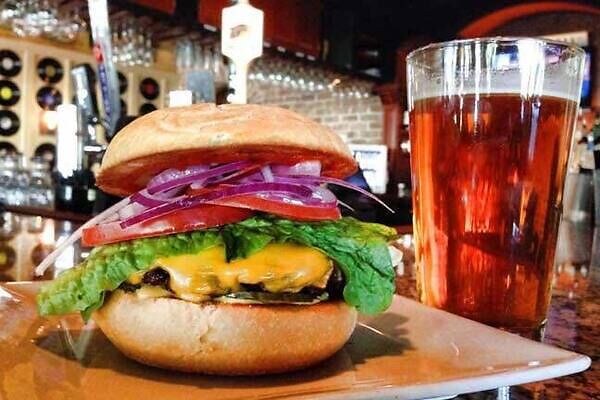 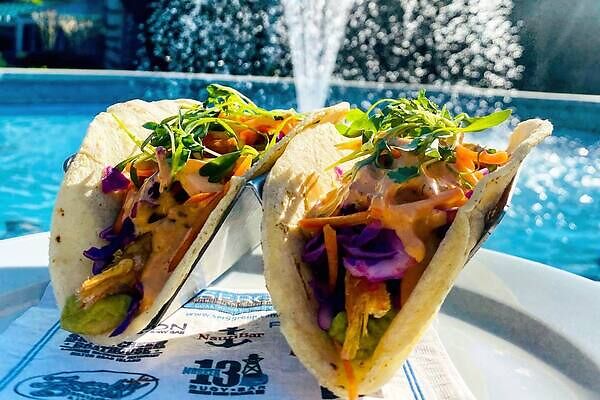 Historical fun fact – Food historians say the first plate of wings to be served was in 1964 at a family owned establishment in Buffalo, NY, called the Anchor Bar. The wings were the brainchild of Teresa Bellissimo who covered them in her own special sauce and served them with a side of blue cheese and celery because that’s what she had available when her son came in late at night with a bunch of friends. 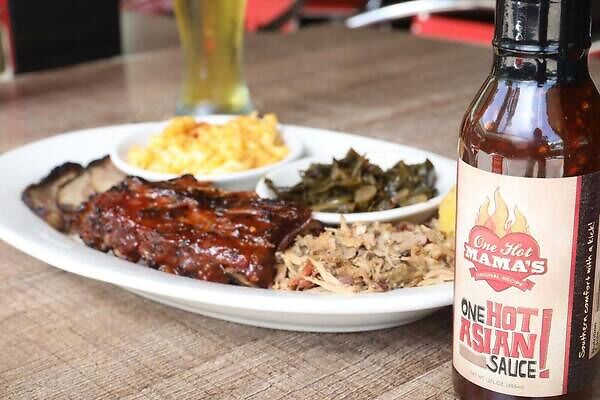 Historical fun fact – History has it that the po-boy was invented by the Martin Brothers, Benny and Clovis, to feed striking streetcar workers in New Orleans in 1929. They fed the men free of charge until the strike ended. Whenever they saw one of the striking men coming they would say, “Here comes another poor boy.” 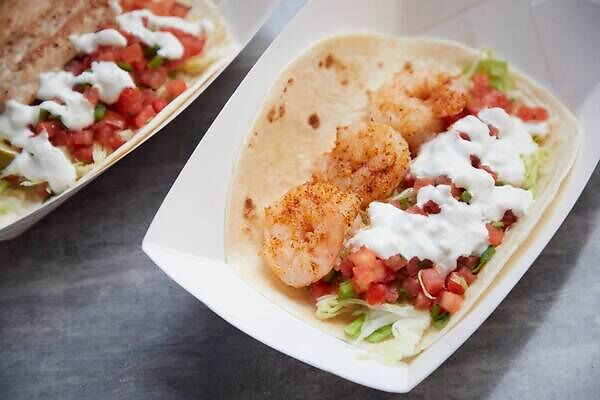 Setting – Sophisticated with a Southern vibe. Comfortable yet elegant. Sensory at it’s best.

Food/Drink – Locally sourced to give you the ultimate farm-to-table experience. Southern heritage food with all the appropriate libations. 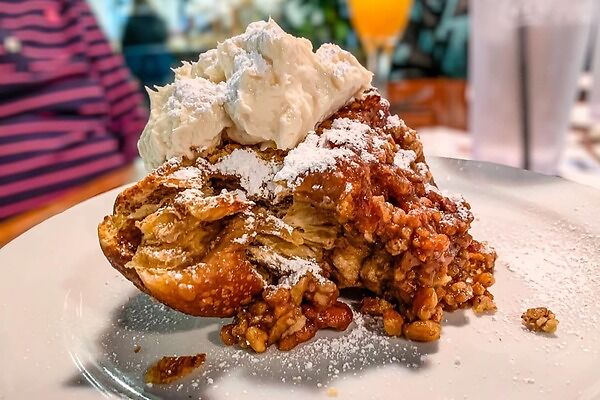 The World’s Oldest Restaurant is in Spain. According to the Guinness Book of Records, Botin Restaurant in Madrid, Spain, is the world’s oldest operating restaurant having been continuously open since 1725.

The Oldest Restaurant in the US is in Boston. The Union Oyster House has been open and serving fresh oysters and more since 1826.

“Restaurant” is a French term. Restaurant was once used to describe rich bouillons served at taverns and public houses in France, which were meant to restore the spirits and relieve ailments.

Starbucks is a chain but not a franchise. All franchises are chain restaurants, but not all chains are franchises. Case in point, Starbucks. The coffee giant is one of the biggest chains in the entire world. But, unlike McDonald’s, which is the largest chain in the world, Starbucks is owned by the same company, not a group of franchisees.